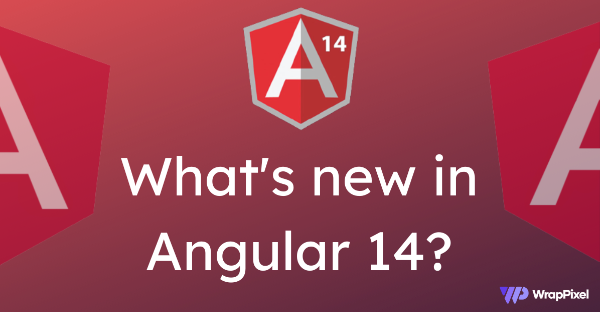 We all love to work on Angular and update changes every few months for minor changes. But this time they have listened to feedback, suggestions, and comments.

This time they have completed major requests for comments (RFC). This means there will be an opportunity for the all Angular Developer Community to provide design feedback on proposed changes. Thus they directed the number one issue on GitHub. The default branch in repositories in the Angular Organisation got renamed to “main”.

Let’s take a look at the features:

Angular Standalone Components decrease the requirement of NgModules and thus it does streamline the authoring of Angular applications. These Standalone Components are in the developer preview in this Angular version and are ready to be used but are not a stable API and each component must be there in the declarations array of a parent module otherwise it will give a failure result in the application.

This update of Angular closed the GitHub issue which is implementing strict typing for the Angular Reactive Forms Package.

Typed Forms are there to ensure that the values inside of form controls, groups, and arrays are type-safe across the entire API surface. This enables safer forms, especially for deeply nested complex cases. This feature is the result of a public request for comments and design review, which was built upon the prior prototyping, work, and testing of Angular community contributors, including Sonu Kapoor, Netanel Basel, and Cédric Exbrayat.

Till now many times you have had to visit the official guide to inspect commands and the commands options, but after the launch of Angular 14, this is not required as this latest version delivers the newest feature in the CLI, permitting real-time type ahead auto-completion in the terminal.

Angular 14 came with improved templated diagnostics to protect the developers from basic mistakes by compiler matching to typescript code. Now, in Angular 13 and the previous Angular versions, there is no warning generated by the compiler, and it fails to develop if there comes an issue that would restrict it from doing so.

Warnings may be easily developed for basic issues, like incorrect two-way binding syntax or the use of unnecessary operators when the variable is not nullable. In addition, diagnostic tests are permitted with the expansion of a new private compiler that would give certain warnings or information diagnostics for user templates that are not precisely deadly.

There is an in-built feature in Angular 14 that enables you to build apps with higher quality. Check out new change detection guides here.

“Banana in a Box” Error

Now you can catch the invalid “Banana in a box” error on your two-way data bindings. We all know that Banana means these brackets ( ) and Box means these brackets [ ]. So this common syntax error is generated when a developer flips them. Writing  ( [ ] ) instead of [ ( ) ].

This error is technically valid syntax, CLI can recognize that this is rarely what developers intend. In the version 13.2 release, the team behind Angular introduced detailed messaging on this mistake and guidance on how to solve this, all within the CLI and code editor.

Angular Debugging Guide is useful. Sometimes a community contribution is done like Ramesh Thiruchelvam adds new runtime error codes. Robust error codes make it easier to reference and find info on how to debug your errors.

Reference guides are available to debug a production error.

Extended diagnostics also raise errors for useless nullish coalescing operators (??) in Angular Templates. Specifically, this error is raised when the input is not “nullable”, meaning its type does not include null or undefined.

Extended diagnostics show as warnings during ng build, ng serve, and in real-time with the Angular Language Service. The diagnostics are configurable in tsconfig.json, where you can specify if diagnostics should be a warning, error, or suppression.

Sometimes your app’s page title is not matching with the content available on that page. So it is always the best practice to ensure that title must be related to the content for the respective page of your application. Version 13.2 streamlines this with the new Route.title property in the Angular Router. No additional imports are required by adding title. This is also a contribution by the community

Latest Primitives in the Angular CDK

The Angular CDK, i.e., Component Dev Kit, offers a detailed set of tools for developing Angular components. Now, the Dialog and the CDK Menu have been pushed to a stable version in Angular 14. However, the new CDK primitives permit the making of more accessible custom components.

You can also employ the Angular DevTools debugging extension in offline mode. The extension is present under Mozilla’s Add-ons for Firefox users.

Angular 14 backs TypeScript 4.7 also targeting ES2020 by default. It permits the CLI to deploy small code without devaluing it. One more Angular 14 meaningful feature helps you to link to protected component members directly from our templates. You get more control over the public API surface of the reusable components.

This feature from Angular v14 delivers an extendable framework that assists better insights into your templates and offers suggestions for potential boosts.

One more contribution by the community helps to close the major issue shown on GitHub. This feature ensures that NgModel changes are reflected in the UI for OnPush components.

CDK and tooling improvements supply the building blocks for a stronger development environment, from CDK menu primitives to CLI auto-completion.

Typos are one of the most common mistakes done by developers during coding for which a command-line prompt throws an error. To solve this, this latest version 14’s new ng completion introduces real-time type-ahead autocompletion.

The CLI’s analytics command allows you to control analytics settings and print analytics information. The more detailed output clearly communicates your analytics configurations and provides our team with telemetry data to inform our project prioritization. It sincerely helps a lot when you turn it on!

ng cache provides a way to control and print cache information from the command line. You can enable, disable, or delete from disk, and print statistics and information.

This one is also from the contribution of the community. For Firefox users, find the extension in the Add-ons for Mozilla.

How to Install Angular 14?

You can simply install Angular v14 via npm by employing the next flag. Then, head forward with opening a new command-line interface and run the following command to install the new version of Angular.

Using this command, you can easily install the version of Angular CLI globally on your development machine.

How to Upgrade to Angular 14?

This is the complete official guide for upgrading to Angular 14.

That’s a lot of new features we have seen and I am sure you are looking for implementing them in your development project progress. Let’s try to make some contributions as a community for the next version if any after using this latest version of Angular 14. Design an Admin Template that not Only Works Well but Looks Awesome! 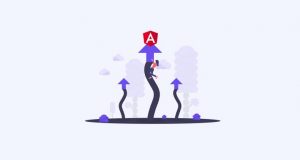