Ultimate Guide on MUI X component library for React in 2022 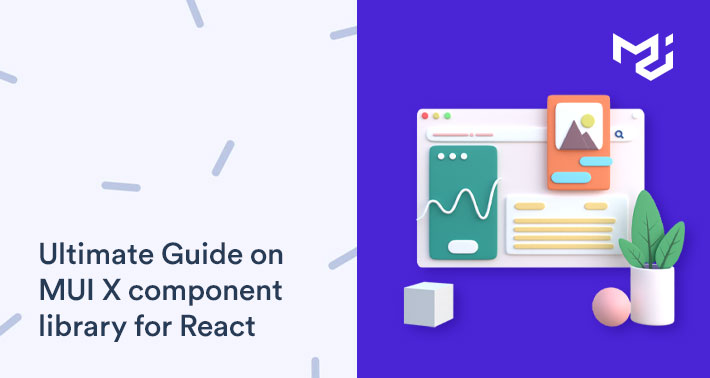 One of the most popular library out there to work specifically on UIs for a React app has always been MUI (formerly Material UI & Material UI Components). It is so widely adopted across the industry that engineers at companies like Spotify, Amazon, NASA etc use MUI to build their UIs.

It provides a robust, customisable and accessible solution to the common and foundational components that React developers don’t need to write from scratch again and again. You can use either React Material UI components or download react material UI templates options is yours.

However, in this article, we won’t be talking about the usual MUI Core components. Here we will try to understand about its big brother: MUI X component library and how to use some of its common components. Let’s start.

What is MUI X?

If your React application in your company works on the heavy lifting of multiple bytes of data driven components (one of the most common example being the dashboard interface), then you can consider using MUI X over the regular MUI Core library.

One important thing to note before you start implementing this library and ship to production, is that MUI X serves a part of its components under a commercial license. Please pay attention to the license plans listed on their documentation. To summarise, it has 3 plans to go:

You can take a look at the feature comparison between these here along with the pricing Information on their store.

For practical implementation of the guide you can use builtin react templates to check how things work in actual. So that you’ll get to know how material ui components are used.

Related Article: How to Convert a Component Design Into an MUI React Code

Now is the exciting part. Let’s get to know some of the common components provided by MUI X and how to use them.

The second is the Commercial version which as shown in the docs can hold over 3 million cells in total! Import it as:

For a detailed comparison between the MIT and the Commercial Data Grid Component, you can visit the docs.

Related Article: How to Use Material UI (MUI) Icons in React?

Getting started with MUI X

Now that we know some of its common components to use, let’s put this into a quick practice by learning how to setup MUI X for the Data Grid component.

This component has a peer dependency on the one MUI component which you can install with:

After that’s done, let’s install the Data Grid component by running the following command in your terminal window:

Open your React file where you want to add this component and import it as:

Step 3: Define the rows and columns

For both rows and columns, you can make an object of key-value pairs. Here’s how a row can be constructed:

For columns, you can define a set of attributes of the GridColDef interface which are mapped to their corresponding rows via the field property:

You can now pass on the rows and columns attributes as follows:

This gives you an output which is similar to this:

In this article you got to know about the MUI X component library for React, the features it provides, some of the common components you are likely to use with different variations of each of them and finally we spin-off a new MUI X component in a React app. This way you can get to know how useful Material UI components are and what benefits you can reap out of it. 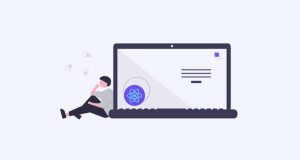 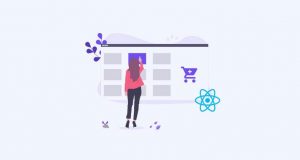 How to Build a Shopping Cart in NodeJs and React?