Angular vs React vs Vue: Top Developer’s choice in 2022? 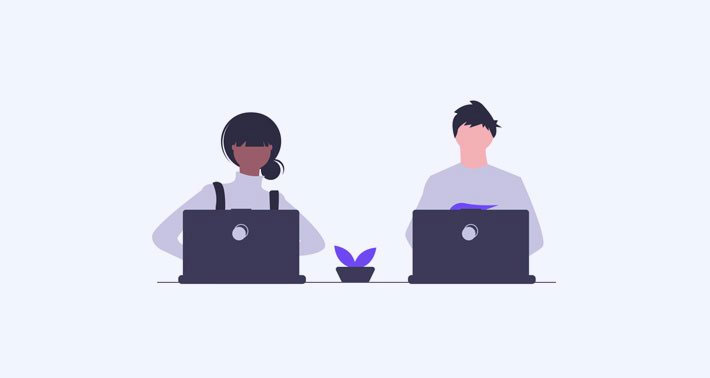 Welcome to the ultimate guide on Angular vs React vs Vue the top developer’s choice in 2022, along with what could be your next best bet on choosing a frontend tech stack for making web applications.

The debate over whether Vue is better than React or whether the original giant Angular falls really short compared to React is a very heated one that will continue to soar. But with a good look over brief information of these three, we can get an idea of what to choose next.

In this article guide, we will have three top contenders; Angular vs React.js vs Vue.js, and we will check what is the top developer’s choice in terms of various parameters. Let’s begin!

A short intro of our competitors

Angular: Angular is a JavaScript framework developed by Google and first released in 2010. It’s a TypeScript based, and it went through a significant revamp in 2016 when Angular 2 was removed, and the creators dropped the original AngularJS name.

React: React (or React.js) is a JavaScript library developed by Facebook and initially released in 2013. It is specifically targeted at building User Interfaces (UIs) for modern web applications. It doesn’t come with TypeScript out-of-the-box, but you can add it.

Vue: Vue (or Vue.js) is a JavaScript framework developed by ex-Google team member Evan You in 2014. That means was not made by a single company but by an individual, but that didn’t stop it from becoming insanely popular, and it shows as if it’s supported by thousands of contributors.

Now that you know a bit about them, it’s time to understand what should be our basis on how to choose a new framework/library amongst our three significant contenders.

Understanding how to choose a framework/library

Next time you’re confused about how to pick a tech stack, you can consider the following points:

A well-made online resource will help you cut the learning curve and get your fear of learning a new topic reasonably quickly. The best thing to do first is to look out for resource material provided by the framework developers.

Usually, few developers are using a tech that isn’t so popular. The main question comes down to what happens if you find yourself stuck with a problem while working on not-so-popular tech and there isn’t a community where you can ask for help?

Things like routing, form validation, state management, and HTTP communication are all core and essential things every major application needs. Watch out for these.

Apart from these three points, it would be best if you also question the following:

With those points stated, I guess it will be enough for you to get a starting point on how to choose a specific tech.

Pros and Cons of our contenders – Anuglar vs React vs Vue

Let’s look at what each of them provides, the good and the bad, starting with React.

Popularity and market trends – Anuglar vs React vs Vue

As each of these three are open-sourced on GitHub, let’s take a quick look at how popular they are in the following table:

As you can see from the table above, Vue leads with the number of stars and comes very close to a number of forks as per the data. Despite not being backed by large corporations like Facebook (Reactjs) and Google (Angular). It holds the number in terms of popularity and trendiness.

However, this doesn’t mean people don’t talk about or use Angular or React. Google uses a lot of Angular in its own projects. Other industry giants like PayPal, Samsung, Forbes, etc. Talking about React, it’s used by Facebook itself and Instagram, Airbnb, Netflix, Dropbox, and more!

Many business are now using built in templates to boost their development process. Whether it’s angular templates, react templates or vuejs Templates. All of them have their own pros.

But what about the actual data collected via surveys? Let’s now take a look at different market trends.

According to Radity‘s data, different locations have different job results. In general, what we can see is that number of jobs in both Angular and React are high compared to Vue.

That’s more likely because Vue is a relatively new tool for companies to adopt, and Angular/React has been used from the beginning.

In conclusion, if you’re looking for a job at a company after learning, better chances are that you’ll get a role as an Angular or React developer.

This is our second criteria where we look at trends across the usage of these tools by developers, both personal and work projects.

If we were to look at the data from npmtrends.com, we could clearly see who’s the actual king in terms of downloads in the past year. React stands out from others by quite a good margin leaving Vue and Angular in second and third positions, respectively.

Now take a look at the image below…

..this data comes from Google Trends search results, and here you can see a different story when it comes to Vue. This shows there aren’t that many searches in the past year for Vue compared with others. It looks like Angular and React are competing tightly, leaving Vue alone.

Talking about surveys and community, the Stack Overflow Trends website shows us that React is leaving behind its competitors by a considerable margin, and Angular is declining. At the same time, Vue has a relatively more minor but a curve that will need more time to complete.

In conclusion, we are seeing positive growth with all these tools. There’s a disproportionate split between GitHub stars (the table we shared above) and actual usage of Vue.js. Maybe we will see Vue go head-to-head with either React or Angular in the future.

This data trend will show us how much a framework/library developers enjoy.

According to the State of JavaScript 2021 survey, it shows that although React had an entirely bumpy journey over the years, in general, it gets a spot in the top 3 positions, coming behind only last year due to the influx of new technologies like Solid and Svelte.

Vue had a great 2018 year, but naturally, it went as the 2nd most satisfied framework by developers behind React.

As for Angular, it’s quite a bad result as overpowered by new cool and trendy frameworks. But that doesn’t mean developers are totally unsatisfied with it!

In conclusion, due to the significant number of new libraries/frameworks like Remix, Next, and Gatsby being built on top of React and its tremendous community and resource support, React is usually trendy and equally loved. Vue has a small part in itself, which is a big deal when we compare it with other giants already used in thousands of big projects.

Quick note: The graphs, tables, and data you see above allow you to see a snapshot of the popularity of these tools. It would be best if you did not start learning something that has 500 more stars on GitHub or even takes 1st place in a graph.

Ideally, you would want to make sure you know what features, resources, and the job market is there rather than riding on the ‘hype train’.

App performance is a critical thing to consider while developing web apps. Here we will talk a bit about the performance of each of the three technologies:

It’s time to get really techie here. Usually, index.js is the starting point of many applications for frontend web application development. In this section, let’s give you a bit of a taste of how each of the three of these compares in code.

You can find detailed information about this code on the official tutorial: https://angular.io/start#take-a-tour-of-the-example-application

You can find detailed information about this code on the official docs: https://reactjs.org/docs/getting-started.html#learn-react

You can find detailed information about this code on the official docs: https://vuejs.org/guide/quick-start.html

And finally, a summary…

After learning all about our three contenders, it’s time that we summarise everything we got to know for an easy understanding. Here’s a table that summarises everything you need to know:

So what’s the top developer choice?

Getting all of that information may be a bit overwhelming in deciding which one to choose in one go, but overall here’s how you should choose your next framework/library:

You should use Angular if you’re working in a company with large teams/developers who are already working with large, scalable apps written in TypeScript.

Use React if you’re getting started with frontend JavaScript frameworks or working in a startup with some flexibility. You can also create a side project as it doesn’t have a steep learning curve, and it integrates seamlessly with other tech stacks.

Choose Vue if you prefer simplicity along with extra flexibility in developing applications.

In this detailed Angular vs React vs Vue blog, you got to learn about our three contenders, how to choose a framework/library in general, taking in some crucial points, and the pros and cons of each.

Then we saw the numbers and percentages as to which one is more popular amongst developers along with market share.

Towards the end, we compared the performance and an entry-point file and finally concluded which one you should choose. We hope this guide helps you when you think about comparing React, Vue, and Angular next time.

How to Convert a Component Design Into an MUI React Code 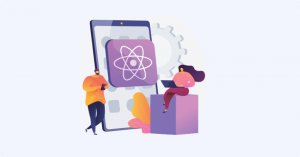