Angular 8: A Crash Course on the New Features and Updates Angular is certainly one of the most popular open source JavaScript frameworks that is used for web app development by developers from all across the globe. Since the release of its first version by Google in 2009, Angular frameworks have brought a notable list of changes and updates for providing exceptional functionality and performance along with matchless user-experience.

Angular has recently released the latest Angular 8 version on 23rd May 2019 with a lot of new and attractive features, which ultimately makes it more competent and distinctive as compared to Angular’s previous versions. Today, most web developers from all around the world are switching to this robust JavaScript framework for simplifying their web app development tasks alongside boosting their productivity and ROI.

WrapPixel also uses Angular 8 JavaScript frameworks for developing pre-defined Angular 8 templates and Angular 8 dashboards for front-end and back-end web app development. So, let’s find out what does Angular 8 JS framework bring on the table and how can it benefit its users.

If you have been following Angular frameworks, then you would’ve probably encountered the term ‘Ivy.’ Angular Ivy is a notable change in the history of Angular frameworks. It basically refers to a totally different angular renderer that uses incremental DOM.

This angular renderer is used for changing the internal functioning of Angular JavaScript frameworks without altering the Angular web applications. Angular Ivy focuses on rewriting the runtime code as well as Angular compiler in order to accomplish:

The main plan behind Incremental DOM is to compile every pre-built element and ready-to-use components into a series of instructions, and these instructions eventually create DOM trees. In fact, the template functions are the rendering engines and hence, they contain all the necessary instructions that are required for rendering as well as updating of DOM trees in case of data change.

It is extremely important for you to know that Angular Ivy works on two main concepts:

A)     Low Memory Footprint – Incremental DOM doesn’t require any memory to re-render the view, and therefore, it allocates the memory in case of addition or removal of DOM nodes. Since most of the template or render calls don’t change, it eventually results in huge memory savings.

B)    Tree Shakable – It refers to the removal of unused code scraps in order to allow web apps to focus on codes that are being used. This exclusion of unused instructions eventually results in smaller bundles and faster run time.

WrapPixel preferably uses Angular Ivy in place of the Angular View Engine, as it offers the following benefits to the users.

●   Angular Ivy offers a reduced payload size in order to allow browsers to take less time to parse or download your web apps.

●   The code sections that are generated by the Angular compiler are much easier for web developers to read and understand.

●    It provides better Angular 8 template type checking in order to enable users and developers to catch more errors at build times as well as prevent them at app runtime.

Angular Ivy intends to be largely compatible with the existing Angular web apps, which means that you can get all of Angular Ivy’s advantages without having to change your web apps.

The correct bundle is loaded automatically by the browser and is further used for downloading smaller and more efficient web app bundles with quick loading and fast rendering.

Angular has lately announced that from Angular 8 onwards, the CLI will produce separate legacy bundles and modern JavaScript bundles as a part of the overall build process. It means that using Angular 8 frameworks will result in boosted loading speed and enhanced TTI (Time to Interaction) for modern browsers.

This is why WrapPixel makes the best use of the feature-packed Angular 8 JavaScript framework for creating highly responsive and dynamic angular 8 themes. Further listed are a few significant benefits of differential loading feature of Angular 8 frameworks.

●   Allows browsers to load the right set of bundles.

●    Automates the browser loading process by aiding a CLI extension.

Angular 8 incorporates web workers that are exceedingly essential for enhancing the performance and parallelizability while building the production bundles. It actually means that Angular 8 is adding dynamic building support to CLI, thereby providing one bundle for every web-worker.

The possibility of Angular frameworks to build CLI web applications using Bazel is simply outstanding. It is essential for you to know that the angular framework embraces the Bazel Support for web developers.

Bazel Support is also included in version 9 of Angular CLI and is readily available as an opt-in. The prime benefits of Bazel Support feature of Angular 8 framework are as follows:

●   Bazel offers faster build time by aiming for reproducible builds. It also allows the Angular web app to use several libraries and modules during its development.

●   Bazel provides incremental build by triggering the smallest build to eventually deploy the changes within the entire web app.

●    Enhances the possibility to have remote builds on the build farm.

Lazy Loading is an incredible feature of Angular 8, and it is based on the concepts of angular routing. Lazy loading actually helps to bring down the large files sizes by lazily loading the required files.

WrapPixel is clearly aware of the fact that in the previous angular versions, the framework’s route configuration uses @loadChildren to accept a string alongside excusing any wrong module name or code typos.

However, Angular 8 includes added support with dynamic imports for router configuration. This use of import statement for lazy module loading eventually allows it to be understood by web packs and IDEs.

Angular CLI has gained another new feature for aligning with the community needs ad it is opt-in usage sharing. This incredible feature of Angular 8 framework enables opt-in sharing of Angular CLI usage with the Angular team along with allowing Angular 8 to collect essential data and user commands.

The all-new Angular 8 allows the developers to use Builders API. Developers can use these Builders APIs for performing several main operations like building, testing, linting, serving, and e2e. Basically, the builders API are functions that can easily implement the behavior and logic for different web app development tasks by replacing commands. You can easily create custom builders with the help of Angular 8 frameworks.

It is a well-known fact that the Angular CLI is constantly improving. The principle directives of Angular JavaScript framework i.e., ng-Build, ng run, and ng-Test are also well equipped with the extended 3rd party libraries for enhanced workflow.

The angular team provides support for web developers by upgrading AngularJS frameworks as well as integrating it with AngularJS location service in hybrid apps. A new package is also integrated within Angular 8 to help web developers:

The latest version of Angular JavaScript framework is well-integrated with Angular dependencies and other essential tools like Typescript c3.4 and RxJS. You will also find new web apps that are created using Angular CLI with new Typescript version.

It is also important for you to know that Angular 8 officially provides added firebase support to enable the web developers to employ their web applications using Angular CLI.

Angular 8 aims to balance liveliness, stability, and innovation within its JavaScript framework. It eventually keeps the powerful and interactive Angular 8 open-source frameworks updated with the help of innovative platforms, changing dependencies, and other latest practices.

Angular JavaScript frameworks can make the transitions easy with the help of deprecated APIs and features, which ultimately provides adequate time to web developers to update web apps using the best practices and latest APIs.

The Amazing Benefits of Angular 8

Although WrapPixel has been making efficient use of the previous versions of Angular, it is unquestioned that in the making of the fresh new Angular html templates, the latest features of Angular 8 have proved to be very significant. With Angular 8, you can easily enjoy web applications of Ivy along with differential loading and exceptional performance gains. Other benefits of Angular 8 include:

●   RxJS for asynchronous and efficient programming

How to Update from Angular 7 to Angular 8?

●   It is imperative for you to use the 12th version of Node.js in order to update your Angular framework to Angular 8. In order to check your current version of node, you can run the $ node v-command.

●   It is possible for different syntax errors to occur because of the presence of typescript version 3.4. It might cause some issues to upgrade to Angular 8.

●    While upgrading from Angular 7 to Angular 8, it is imperative for you to update the Angular Material in the application with the help of $ ng-update command.

Summing up all the above-listed features and benefits, Google’s Angular team has definitely done a great job by developing an incredibly dynamic and interactive framework. Angular 8 is a much more accessible solution that aims at certain essential modern technological trends.

With every new release and unified Angular location services, the Angular 8 framework has ultimately made the Angular platform much better and simpler than it ever was. It definitely is a boon to WrapPixel and its users. 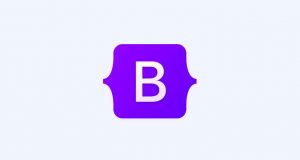 How to use Bootstrap? 5 mins read to learn Bootstrap in 2021